By day Rebecca Coffey is a science journalist, contributing to Scientific American, Discover, and Vermont Public Radio, and several other radio outlets. She is also the author of several journalistic psychology books for the general public. One won an Outstanding Academic Book award from the American Library Association’s Choice magazine.

New as of February 1, 2018 is Science and Lust, answering questions like “What do rats in polyester pants have to do with human sexuality?” and “Can truly stimulating pornography ever be politically correct?”

But by night Rebecca is a novelist and humorist. 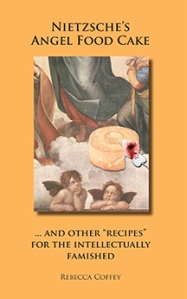